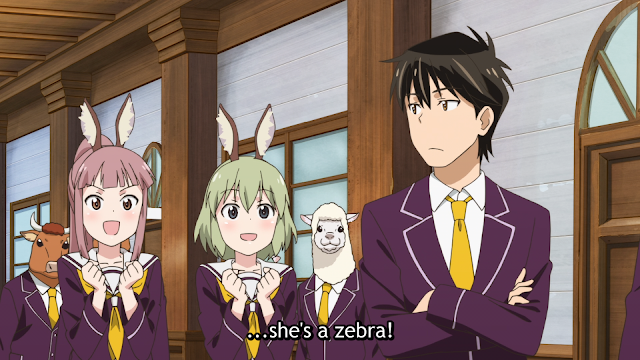 Jin Mazama is stick-in-the-mud human supremacist who goes to a mixed race school featuring adorable anime girls (and ugly animal guys). He wants to get with the only other human in the school and pass his genes on to the next generation of humans. However, a wolf girl, Ranka, wants him to join her pack instead. Will Jin be able to get through school without giving in the puppy-dog-eyed Ranka, or will he be Joining the Pack in Seton Academy.
Newer Post Older Post Home