The Japanese state-sponsored and state-run television show Phi Brain: Puzzle of God is, on the surface, about a dude who really really likes puzzles. Daimon Kaito and his cronies Gammon, Ana Gram, Cubic, and Nonoha face off against hilariously named evil puzzle creators such as Rook Banjo Crossfield, Freecell, Whodunit, and Melancholy in life-or-death puzzle solving situations. On a more metaphysical level, the show demonstrates the government's attempts to instill tolerance and help to break down the people's hardlined conservatism. Each episode contains a hidden context that represents some oppressed group such as women, foreigners, or homosexuals. The alpaca statues in Season 3 Episode 12 represent the overweight and their oppression in Japan. 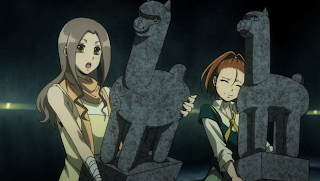 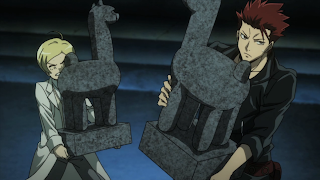